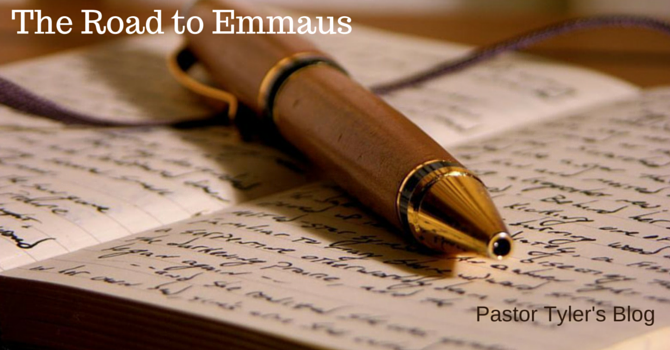 Do you have heroes of the faith? I hope you do.  Not idols.  Just heroes.  I have many heroes, some living, but most are dead.  My parents remain my heroes.  They are not perfect, but they serve Christ with their whole heart.  A retired Pastor named Dwayne Lebow remains a hero of mine because he embodied what I want to be as a pastor…strong in the word, kind, humble, loving and serving faithfully like a good shepherd should.  Another one of my heroes is a pastor friend named Marc.  When he preaches, my soul is fed every time.

But most of my heroes are dead. Great men like Andrew Murray, Andrew Fuller, Charles Spurgeon, John Owen, John Bunyan, John Calvin, Jonathan Edwards, Athanasius, and countless other faithful men (particularly from the puritans and early Baptists) from church history show me how to think deeply, love God passionately, and to serve in a way that when they died, they could go knowing they had served with everything they had. I cannot count the number of biographies I have read of great saints who died because they had simply worn themselves out in service to Christ.  Their friends and families told them not to make that last trip, but they felt they must continue to serve…

I have heroes in the Bible too. My favorite New Testament character (other than Jesus of course) is Paul.  When he said I have fought the good fight, I have finished the course, I have kept the faith, you knew he meant it.  He labored harder than all the rest as he poured himself out as a drink offering upon the sacrifice and service of our faith (Phil. 3:17).  When I read this I am left wishing I was more like that.

But when it comes to the Old Testament, one man stands above the rest in my mind: Moses. I love Joshua, Samuel, David, Isaiah, Daniel, and the rest of the saints, but Moses always rises to the top of the pile for me.  What a godly man, and what an example to be followed.

But what made this man tick? And why did God delight to do so much through him?  I believe that the answer to both these questions is found in Numbers 12:3: Now the man Moses was very humble, more than any man who was on the face of the earth.

Humility. What sets Moses apart from the pack for me is this simple quality.  He was the most humble man on the face of the earth.

If I was Moses, I  would have been anything but humble. Raised in Pharaoh’s palace as the child of the princess, he had the life of luxury and ease, until he forsook it.  Then God used him to take down the most powerful man in the world, to deliver his people from bondage, to give them the Law, and to lead them to the Promised Land.  He was the greatest prophet, the one to whom all subsequent prophets would be compared. He is even called a precursor to Christ.

Yet rather than allowing these things to puff him up with arrogant views of self-sufficiency and worthless pride, believing that God couldn’t have done it without him, he allowed everything that God did through him drive him to humility.

This observation leads me to ask, “What is the source of His humility?” I find the answer in two truths that we would do well to learn as well.

The first reason Moses was so humble was because he had a big view of God. In the context of Numbers 12, Moses comes under attack by his own brother and sister.  They are tired of Moses getting all the glory, so they say Has the Lord indeed spoken only through Moses? Has He not spoken through us as well?  They elevated themselves (the opposite of humility), saying they were just as favored of God as Moses was.

But in the verses that follow, God (not Moses) vindicates Moses. God says Moses if faithful, and has the opportunity to speak with Him mouth to mouth.  Moses beholds the form of God while God speaks to him plainly. No other character in Scripture enjoys this intimacy with God.  But rather than allowing this to produce arrogance, this brought humility to Moses.

Moses regularly saw God. He saw Him in the burning bush.  He saw the glory of God on Mount Sinai.  He heard God describe Himself.  He would go into the tent of meeting and converse with God face to face.  As Moses learned the greatness of God, it humbled him.

The fear of the Lord is the beginning of wisdom. But if we do not have a proper view of God…the view He gives us of Himself in Scripture…then we will not fear Him as we should.  Moses saw God for who He really is, and this produced humility.

Closely coupled to Moses’ big view of God was a proper view of himself. Moses knew he had not delivered the people. Only God could do that.  Moses’ fleshly attempt at being the deliverer ended in murder and 40 years of wilderness wondering. This means that Moses spend 80 of his 120 years wandering in the wilderness.  The first time it was because of his sin.  The second time it was because of the nation’s sin.  But Moses’ failed attempt forced him to see that his second attempt succeeded, not because of him, but because of God working through him.

Moses knew the plagues did not come from him. The same was true of the Law.  Moses didn’t come up with this stuff. God gave it to him when He talked with him face to face.  Moses saw God come down in fire on Mount Sinai.  He saw God part the Red Sea.  He saw God write with His own finger the Ten Commandments on tablets of stone. The Tabernacle wasn’t Moses’ idea or design. He received it all from God. Moses knew his own frailty and weaknesses and that all the miraculous things happening around him had nothing to do with him.  It was all the work of God.

Placing these two views side by side…a view of God’s greatness compared to a proper view of our sinful selves…is what produces humility. Knowing who God is and knowing who I am forces me to conclude that any good that comes out of my labors must be God working because I am unable to do anything good apart from Him.

Aaron and Miriam viewed themselves with pride. They had high positions. Miriam was a prophetess and Aaron was the first High Priest, so God had elevated them. But they misunderstood the gift of God and thought that they had contributed something of worth to matter.  God humbled them both while He vindicated Moses.

Greatness in God’s kingdom is measured by humble service. Moses is described as the most humble man on the face of the earth.  Therefore, God delighted to use him to produce much fruit for His glory.  It is the same humility that Christ displayed, for he did not regard equality with God as a thing to be grasped, but He humbled Himself, taking the form of a bond-servant, being made in the likeness of men.  And being found in appearance as a man, He humbled Himself by becoming obedient to the point of death, even death on a cross!

What made Moses tick? Humility. He had learned the humility that his Savior would display 1500 years later.  What will make us great in God’s kingdom?  Learning the same humility.